Home » Our Company » Mustard in all of its states » Its History

The history of mustard

From Asia to Burgundy 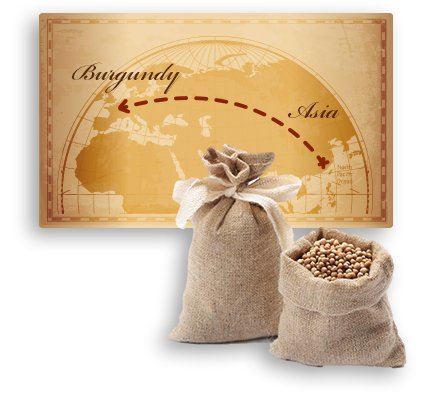 Already known in Antiquity, in Greece and in Rome, this savoury specialty delighted fine palates.
The Chinese were already growing it back 3000 years ago and were the first to grind the seeds and mix them in a grape extract acidy sap called verjuice to obtain mustard.
In Avignon, Pope John XXII used it so often that he created the very prized post of "Mustard Maker to the Pope".

In the 14th century, it had pride of place on the table of the Dukes of Burgundy during the sumptuous festivals of Rouvres and became a synonym of wealth and refinement. The production of Dijon mustard has been strictly regulated since 1390. Whoever produced a bad mustard was also subject to heavy fines. 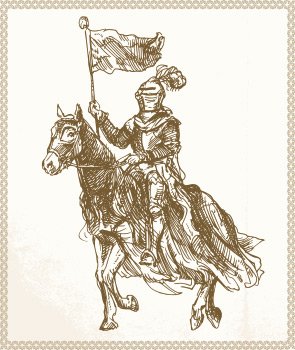 What does legend say ?

In 1383, Charles VI, King of France, called upon Philip the Bold, Duke of Burgundy, to help rescue the besieged Count of Flanders. He gathered an army of 1000 men and, in order to fund it, he decided to take a 10-cent coin from the powerful sénévé merchants (the name for mustard at the time). He fought and won the battle for liberation.

While returning to Dijon, he cried out "Moult me tarde de rentrer à Dijon" (I can't wait to return to Dijon), an inscription which was embroidered on the processional flag.
Yet upon arriving in Dijon, the flat was wavering in the wind and one of the folds hid the word "me". The people of Dijon saw the flag from far in the distance and cried out "the mustard maker army is arriving". In recognition of this, Philip the Bold authorised the sénevé producers to be known as mustard makers and use the Burgundy coat of arms on their products.

And what about today ?

While on board Air Force One, American President Barack Obama once said he wished to taste Dijon mustard.
The mayor of Dijon sent him a small package containing different types of mustards and wrote :

« I am pleased to send you a selection of this product, the result of a long tradition and know-how that is unique to the world. It will convince you, if necessary, that real mustard only comes from Dijon »